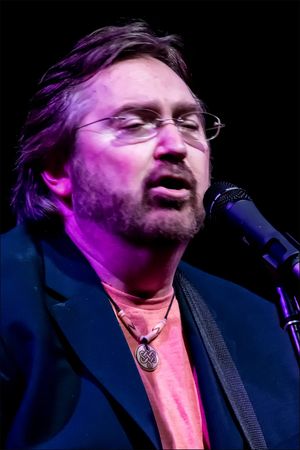 Oregon-based folk-rocker Woody Moran is a singer/songwriter with a truly unique sound. Woody weaves excellent guitar skills with breezy, laid back vocals and a strong groove. His lyrics tell captivating stories and he’s got a knack for catchy melodies. Music Connection Magazine’s glowing review of his latest recording, “Sitting In Aztec Chairs” commented, “Moran’s a relaxed, genial artist whose music conjures a kinder, gentler, friendlier world, one we can all experience, at least for a short while."

“Woody Moran is a singer/songwriter with a truly unique sound. Woody weaves excellent guitar skills with crisp, laid back vocals. His lyrics tell stories and he’s got a knack for catchy melodies. Woody’s talents are especially evident in a live setting; with heaps of stage presence, solid musicianship and an undeniable charm, he can grab the attention of a room immediately and hold them effortlessly with well-written songs and amusing comedic banter. We have no idea why he moved to Portland, Oregon of all places.”  Woody’s Mom

Woody Moran (ASCAP) was born and raised under the open skies of Texas and Oklahoma, and like the Texas cowboys of old, has always had a restless traveler’s soul. He headed out to Arizona when he was 20 to start playing, eventually led him on to California and a successful career in the music industry. This life choice put him in contact, and sometimes in the studio with some of the greatest musicians, engineers and producers on the planet, resulting in an incredible first hand performance & studio education as well as numerous mentions of special thanks on albums (including: Yes, Dixie Dregs, Journey, Starr Parodi, T Lavitz, Jason Miles, and Kilimanjaro).

Having studied violin and piano as a child, his high school involvement with music included snare drum in the marching band, 1st chair clarinet in the orchestra, and he was even awarded a university scholarship for upright bass in the school lab (jazz) band, all while playing guitar and singing in various rock bands.

It is this diversified musical perspective that is revealed in Woody’s songwriting. “Woody Moran’s songs sound like what might happen if Glenn Fry or Don Henley from the Eagles decided to join Steely Dan,” commented one reviewer. “The cool blend of jazz, soul and old school rock, gives all of us "older songwriters" hope that real music is always welcome,” said another review.

TU-TONED STRANGER Woody’s first CD, “Tu-Toned Stranger”, was the result of a performance at a private party full of musicians at Tangier in Los Angeles where saxophonist Tom Scott was headlining. The response to Woody’s brief set on acoustic guitar was epic. Calvin Banks (Roy Ayers, Big Mountain), was especially encouraging and asked if he could be involved in getting Woody’s songs recorded. Calvin wound up co-producing the album which included performances by the late T Lavitz (Dixie Dregs), Barry Ledere (Brooks and Dunn), and Grammy award-winning producer Jeff Bova.

A BRAND NEW SITUATION Woody’s 2010 sophomore recording, “A Brand New Situation” boasts guest performances by Mike Garson (David Bowie, NIN, Smashing Pumpkins), Mark Zonder (Fates Warning, Slavior), and award-winning German film composer Volker Barber. Mike Garson loved the music so much that he contributed a previously unpublished piano solo which serves as the introduction to one of the last songs on the CD. With songs like “It Will Come Back to You” which tells the story of how to exit a relationship with a psycho wack-job, and “She’s Ready to Play” which Woody euphemistically describes as the challenges of loving a strong woman, Woody has laughingly called “A Brand New Situation” his collection of dysfunctional love songs.

SITTING IN AZTEC CHAIRS Released in July, 2015, "Sitting in Aztec Chairs" is a five song EP that shows the maturity of Woody's songwriting as well as continued diversity. There is a little something for everybody, from the laid back island sound, to white-boy reggae, jazzy pop and straight rock. This EP was recorded with a small band playing "live" in the studio, just the same way they had to make recordings years ago because they simply didn't have enough tracks. You can feel the energy as the musicians play off of each other's performances.  It's an all star lineup of local Portland, Oregon players including Jeff Anthony (Sheryl Crow) on drums.

Woody started writing with fellow Portland songwriter, Kelly Brightwell in 2014 and together they released their debut EP, Radio Stranger in April 2016. Radio Stranger, features five songs which combine elements of many genres, including Folk-Rock, Pop, Country and Adult Contemporary. This EP was recorded with a small band playing "live" in the studio, with no prior rehearsals. The band features some of the best of Portland's musicians; Jean-Pierre Garau (keyboards), Michael Henchman (bass), Jeff Koch (electric guitars), and Jeffrey Anthony (drums). The collection of hook-y and rhythmic tunes are held together by lush instrumental textures and the combined voices of Brightwell & Moran.

After charting at #1 an unprecedented 42 weeks on Broadjam’s Folk-Rock Chart, Moran was one of five international finalists in the 2008 International Singer Songwriter Association’s Best Rock Song of the Year contest with “Tu-Toned Stranger”. In 2010 his song “It Will Come Back to You” was chosen for a compilation CD for Adult Contemporary Radio Programmers. More recently Woody recorded a live show for Local Roots Radio program to air and stream on KMUZ-FM radio as well as a live television appearance on CCTV Salem, OR. Woody had a glowing review of Sitting In Aztec Chairs from the national publication Music Connection Magazine in April 2016. Woody is currently writing and submitting songs for film and television. 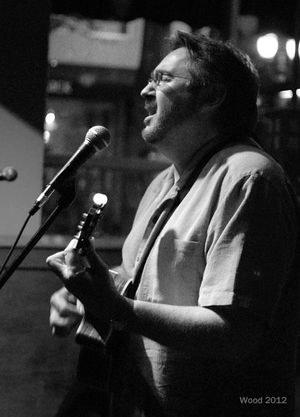 Woody Moran Shares Little Known Facts:
Coolest Guitar: Without a doubt my 1956 Martin 00-21 parlor guitar. Small body steel string, Brazilian rosewood back & sides with spruce top, slotted headstock and wide classical neck. I call it my Joni Mitchell guitar because it has that clear bright tone that Joni used in her early recordings, but for a little guitar it is unbelievably loud.

Coolest Performance Gig: Le Jazz Club, Paris, France. A friend of mine who lives in Paris hooked up a surprise performance and unbeknownst to me gave the house musicians at Le Jazz Club copies of my latest CD. It was totally unexpected as we had just stopped in for a glass of wine. The jazz trio, consisting of piano, upright bass and saxophone started playing an instrumental jazz version of one of my songs, and I was thinking, “hey that sounds really familiar…, wonder who that is?” My friend got me up on stage. They played, I sang… no guitar. I felt like I was in one of those black and white movies from the 50’s. All I could think of was, “damn, I’m singing in a little jazz club in Paris, France.” Surreal.

Coolest Studio Gig: In the late 70’s I was programming Oberheim synthesizer and did some work for Big Daddy Wayne Henderson of the Jazz Crusaders at ABC’s Studio in Los Angeles. Wayne had a stable of musicians including Ronnie Laws, Roland Bautista, and Bobby "The Genie" Lyle that he worked with and they all played on each other’s projects. So I’d walk into the studio for a new session and it would be all the same guys from the last session. It was like, “who’s turn is it to have an album this month?”

Coolest Gesture: Awarded Gold Record for David Lee Roth’s “A Little Ain’t Enough”. My friend Bret Tuggle was playing keys with Roth and needed a little studio help with an Akai sampler. I helped out and Bret had me included in distribution of the RIAA Gold Record awards.